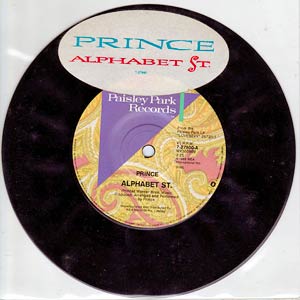 Prince – Alphabet St. – Official Music Video
“Alphabet St.” was written by Prince. It was released as the lead single from his tenth studio album “Lovesexy”. The single was released in April 1988 with Alphabet St. (cont.)” on the B-side. It topped the singles charts in New Zealand and Norway, and reached #8 in the United States and #9 in the UK.