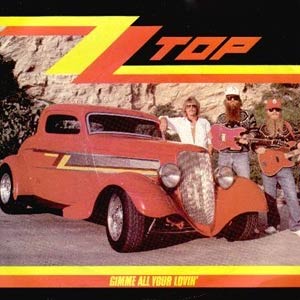 ZZ Top – Gimme All Your Lovin’ – Official Music Video
The song was written by ZZ Top members Billy Gibbons, Dusty Hill and Frank Beard. “Gimme All Your Lovin'” was released as the first single from the band’s eighth studio album “Eliminator”. Originally it was released in March 1983 with “If I Could Only Flag Her Down” on the B-side. It peaked at #3 in the Netherlands, #9 in Ireland and #10 in the UK. In the United States, it reached #2 on Billboard Top Tracks chart.

Read “Gimme All Your Lovin’” by ZZ Top on Genius