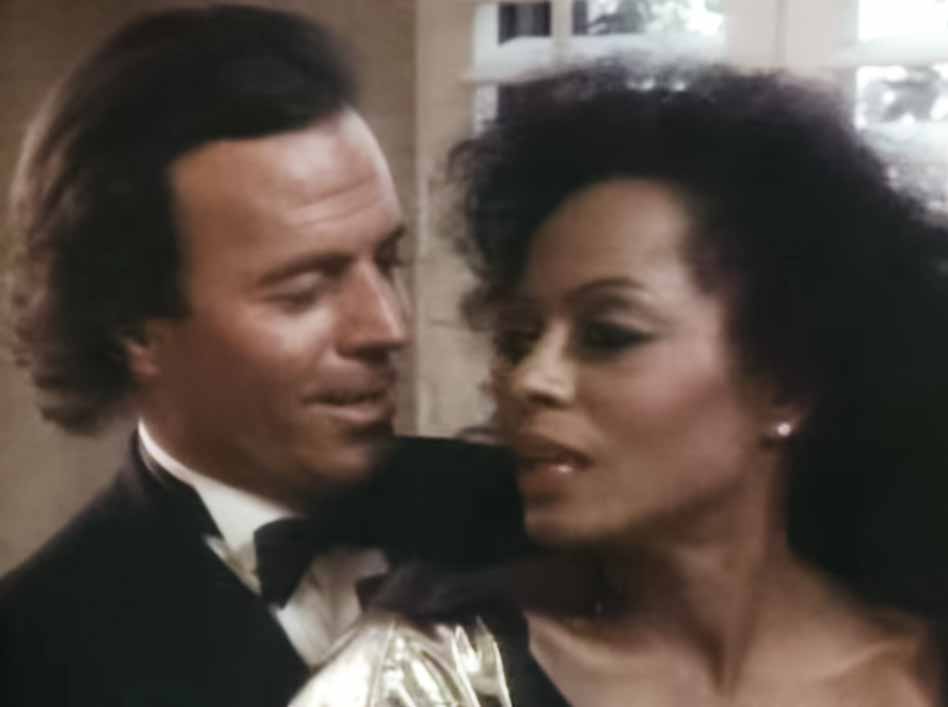 Julio Iglesias & Diana Ross – All Of You – Official Music Video. The duet was written by Cynthia Weil (lyrics), Julio Iglesias and Tony Renis. “All Of You” was released as a single from both Iglesias’s album ‘1100 Bel Air Place’ and Diana Ross’s album ‘Swept Away’. The single hit number 1 spot on the singles chart in Spain, #2 in Billboard Adult Contemporary chart in the United States and #3 in Italy.

Julio Iglesias & Diana Ross – All Of You – Lyrics

Read “All of You” by Diana Ross on Genius

Simon Le Bon, an English musician, singer, songwriter, and lyricist was born. He is best known as the lead singer of "Duran Duran" (and a side project "Arcadia").

Leo Sayer went to #1 in Australia with "More Than I Can Say", the single from his eighth studio album "Living in a Fantasy".

A Tunisian-born French singer F.R. David started an eleven week run at #1 in Germany with "Words", the first single from his debut album of the same name.

Alphaville went to number 1 on the singles chart in Italy for two weeks with "Sounds Like a Melody", the second single from their debut album, "Forever Young".

A Scottish rock band Big Country went to number 1 on the UK Albums Chart with their second studio album, "Steeltown".

Paul Simon started a three week run at #1 in Australia with his seventh solo studio album "Graceland". Five singles were released from the album: "You Can Call Me Al", "Graceland", "The Boy in the Bubble", "Diamonds on the Soles of Her Shoes", and "Under African Skies"