Home » O.M.D. » Orchestral Manoeuvres In The Dark – Joan Of Arc 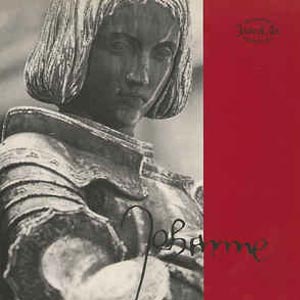 Orchestral Manoeuvres In The Dark – Joan Of Arc – Music Video
The song was written by OMD lead singer Andy McCluskey. The song was released as the second single from the band’s third studio album, “Architecture & Morality”. The single was released in October 1981 with “The Romance of the Telescope” on the B-side. The single reached #4 in Canada and #5 on the UK singles chart. It was followed by the single, “Joan of Arc (Maid of Orleans)” (renamed “Maid of Orleans (The Waltz Joan of Arc)” for its release) in January 1982.

Orchestral Manoeuvres In The Dark – Joan Of Arc – Lyrics