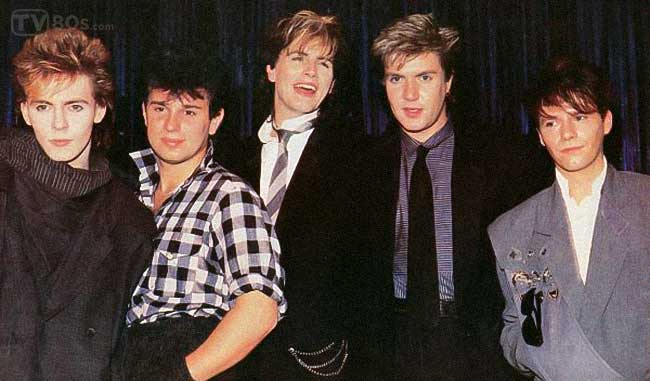 Everybody knows Duran Duran. And everybody knows ‘Wild Boys‘ and ‘The Reflex‘. But you can find so many hidden gems in band’s 1980s discography…

‘To The Shore’ track shines glitter bright on Duran Duran’s first self-titled album, released in June 1981. Unfortunately ‘To The Shore’ was not included on US and Canadian original releases – ’Planet Earth (Night Version)’ was used instead. In 1983, the album was reissued in countries outside of Europe. This time, ‘To the Shore’ was replaced with the new single, ‘Is There Something I Should Know‘

“The Chauffeur” is a song from band’s second album Rio. The lyrics were first written by Simon Le Bon as a poem in 1978, two years before he joined the band. Two different versions of the song were originally recorded by Duran Duran, two music videos of the song have been made at different times, by different directors. The song refrain “sing blue silver” was used as the title of the band’s video covering its 1983-84 tour.

Of Crime And Passion

The “rockiest” song on the Seven and the Ragged Tiger album (released in November 1983), a style that led to the origin of The Power Station superband (Andy Taylor, John Taylor, Robert Palmer and Tony Thompson) in 1984.

A Matter of Feeling

The track from band’s 1986 album Notorious. ‘A Matter Of Feeling’ was included on the original soundtrack of the 1987 Brazilian Telenovela Mandalawas and released as a promo-single in Brazil only, in January, 1988.

Another ballad written by John Taylor, Nick Rhodes and Simon LeBon for ‘Notorious’ album that was released in November 1986. Loud, is the music, the crowd is ringing. Definetely.

The track number 4 from Duran Duran’s 1988 album ‘Big Thing‘. ‘Too Late, Marlene’ was released as a single in 1989 in Brazil only. The same track is included on both sides of this single, but side one is mastered at 33 1/3 rpm and side two is mastered at 45 rpm.

The Edge of America

Another gem from band’s ‘Big Thing‘ album. To get the new music played without preconceived ‘teeny bopper band’ notions of the band, Duran Duran sent three-minute version of “The Edge of America” and “Lake Shore Driving” (another ‘Big Thing‘ track) ) to radio stations, known as “Official Bootleg: The LSD Edit”. This promo was credited to “The Krush Brothers”, which the band also used in a few surprise live dates.