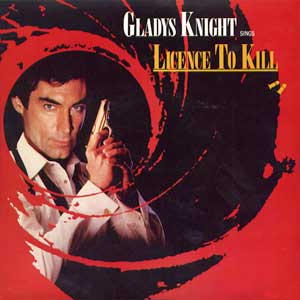 Gladys Knight – Licence To Kill – Official Music Video.
The song was written by Jeffrey Cohen, Narada Michael Walden and Walter Afanasieff for the James Bond movie of the same name. “Licence To Kill” was released in May 1989 with “Pam” (performed by Michael Kamen & The National Philharmonic Orchestra) on the B-side. The single reached top 10 on the singles charts in numerous countries, incl. #1 in Sweden, #3 in Germany, and #6 in the UK.

Read “Licence to Kill” by Gladys Knight on Genius