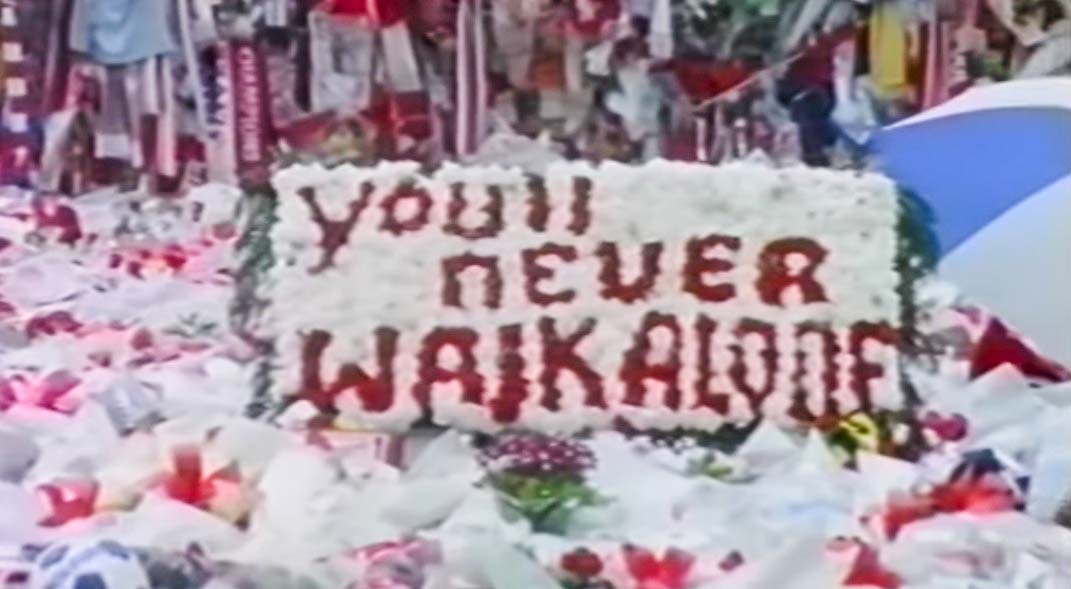 The Christians, Holly Johnson, Paul McCartney, Gerry Marsden & Stock Aitken Waterman – Ferry ‘Cross the Mersey – Official Music Video.  The song was written by Gerry Marsden and originally recorded by his band Gerry and the Pacemakers (released in 1964). The cover was released in May 1989 for  The Hillsborough Disaster Fund in aid of those affected by the disaster at a football match between Liverpool and Nottingham Forest at Hillsborough Stadium. The single reached number 1 spot in the UK and Ireland and #5 in Germany.