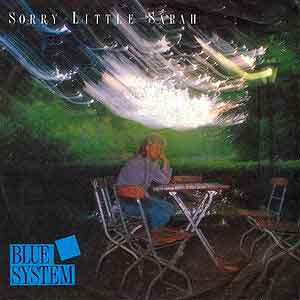 Blue System – Sorry Little Sarah – Official Music Video
The song was written by ex-Modern Talking member, Dieter Bohlen. “Sorry Little Sarah” was released as the first single from Blue System’s debut album, “Walking On A Rainbow”.  The single was released in 1987 with “Big Boys Don’t Cry” on the B-side. The singlet reached number 6 on the singles Chart in Spain, #10 in Austria and #14 in Germany.