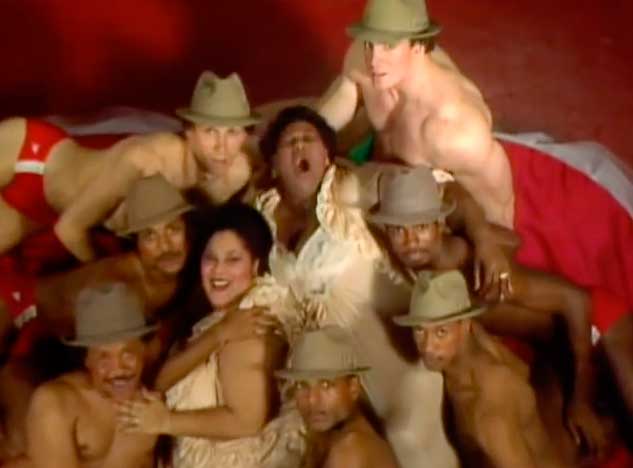 The Weather Girls – It’s Raining Men – Official Music Video.
The song was written by Paul Jabara and Paul Shaffer. “It’s Raining Men” was released as the lead single from Weather Girls’ third studio album Success. The single was released in September 1982 with the instrumental version of the song on the B-side. It reached number 1 on the US Billboard Hot Dance Club Play in October 1982 and #2 on the UK singles chart.
The song had been offered to Diana Ross, Donna Summer, Cher, and Barbra Streisand before being accepted by The Weather Girls.

Read “It’s Raining Men” by The Weather Girls on Genius