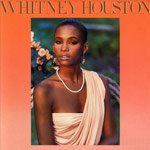 1 You Give Good Love

4 Saving All My Love for You

5 Nobody Loves Me Like You Do (duet with Jermaine Jackson)

6 How Will I Know

8 Take Good Care of My Heart (duet with Jermaine Jackson)

9 Greatest Love of All

10 Hold Me (duet with Teddy Pendergrass)