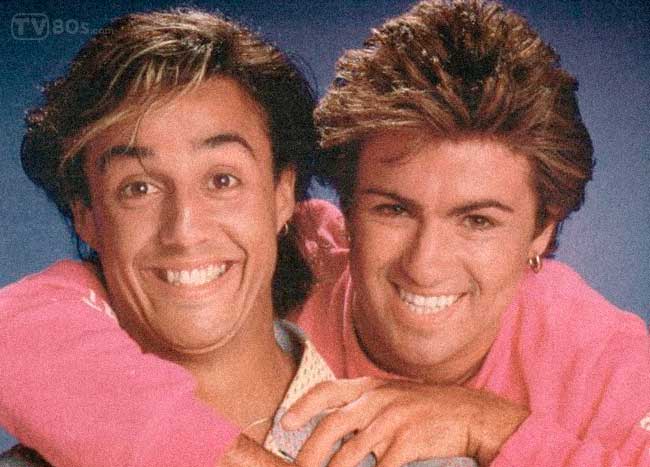 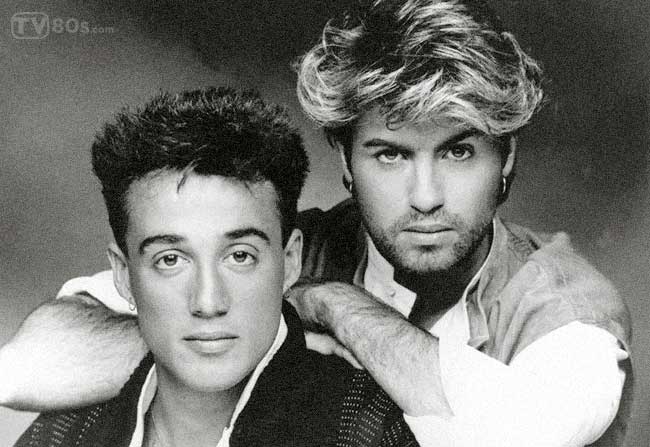 Wham were an English musical duo formed by George Michael and Andrew Ridgeley in the early 80s. The band was briefly known in the United States as Wham! UK due to a naming conflict with an American Wham group. They have sold more than 25 million records  from 1982 to 1986. Michael and Ridgeley met at Bushey Meads School in Bushey near the town of Watford in Hertfordshire, England. The two at first performed in a short-lived ska band called The Executive, alongside three of their former school friends David (Austin) Mortimer, Harry Tadayon and Andrew Leaver. When this group split, Michael and Ridgeley eventually formed Wham!, signing with Innervision Records, a contract from which they later sued to be released. Once that situation was resolved, they signed with CBS (Columbia Records in the United States and Canada, and Epic Records for the rest of the world). 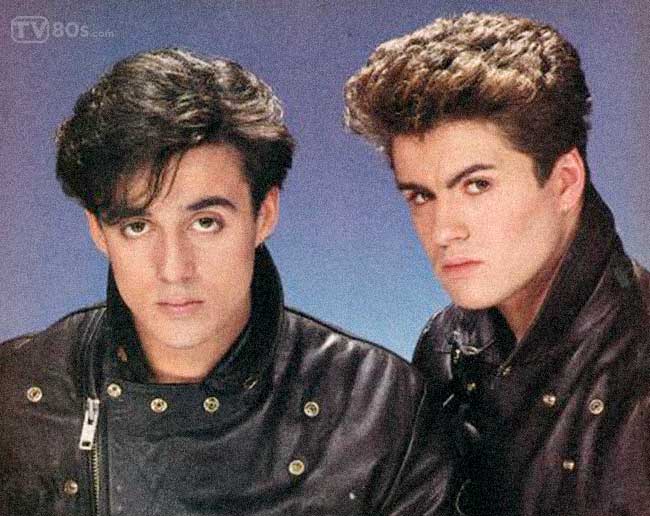 Michael took on the majority of roles and responsibilities within the band—composer, producer, singer, and occasional instrumentalist. Still teenagers, they promoted themselves as hedonistic youngsters, proud to live a carefree life without work or commitment. This was reflected in their earliest singles which, part-parody, part-social comment, briefly earned Wham! a reputation as a dance protest group.

The debut record to be released by the band was “Wham Rap! (Enjoy What You Do)” in June 1982. It was one of the first singles by a British group to include rapping, and was a double A-side including the Social Mix and the Anti-Social Mix. The record was not playlisted by BBC Radio 1 in the UK, partly because of the profanity in the Anti-Social Mix. Separate videos were recorded for each set of lyrics.

“Wham Rap!” did not chart for the group, but in October 1982 “Young Guns (Go for It!)” was issued. An appeal from one youthful lad to his friend to not throw his life away so early on marriage, it also stalled outside the UK Top 40. But soon, Wham! got lucky when the BBC programme Top of the Pops scheduled them. An important weekly BBC chart show on television, it had to look outside the Top 40 to fill a gap created by an act which had unexpectedly pulled out of the show. Nearest to the 40 mark and still climbing, Wham! was summoned, and a phenomenon immediately began. The Top of the Pops performance of “Young Guns” is still considered a watershed moment in the group’s history—critical acclaim is given for the ‘nightclub’ feel of the dance routine by all four of the performers.

Wham! followed up “Young Guns (Go for It!)” with the reissue “Wham Rap! (Enjoy What You Do)”, a song about the joys of a leisurely life without work commitments, on the dole; “Bad Boys”, about a strained relationship between a rebellious teenage boy and his worried parents; and “Club Tropicana“, a satire of the media’s fascination with the elitist London club scene. Each single was accompanied by a memorable music video. By the end of 1983, Wham! were competing against pop rivals Duran Duran and Culture Club as Britain’s biggest pop act. Notoriety and column inches were duly achieved with their antics of placing shuttlecocks down their shorts during performances on their first tour, the Club Fantastic Tour. Their début LP Fantastic spent two weeks at #1 in the UK album charts in 1983.

It wasn’t long after this that Ridgeley became conscious of legal problems with their initial contract at Innervision. While the legal battle raged (perhaps to raise much-needed funds for the fight), Innervision released a medley of non-single album tracks from Fantastic, entitled “Club Fantastic Megamix”. Wham! publicly denounced the move, and urged fans not to buy it. After all the legal wrangling, Innervision admitted there were royalty discrepancies with Wham!’s contract, the fall-out of which led to the bankruptcy and eventual dissolution of Innervision altogether.

Ridgeley convinced a reluctant Michael that Wham! needed to change their image and their sound frequently, from the leather-clad moody singers of “Bad Boys” and “Young Guns (Go for It!)” to the more fashionable pop superstars of “Wake Me Up Before You Go-Go“. Wham! returned in 1984 with an updated pop image. In a process begun by the video to “Club Tropicana” on the previous album, Ridgeley changed the band’s look from “moody in leather jackets” to smiles and fashionable clothing, with a view to promoting themselves more as hedonistic sex symbols rather than spokesmen for a disaffected generation. 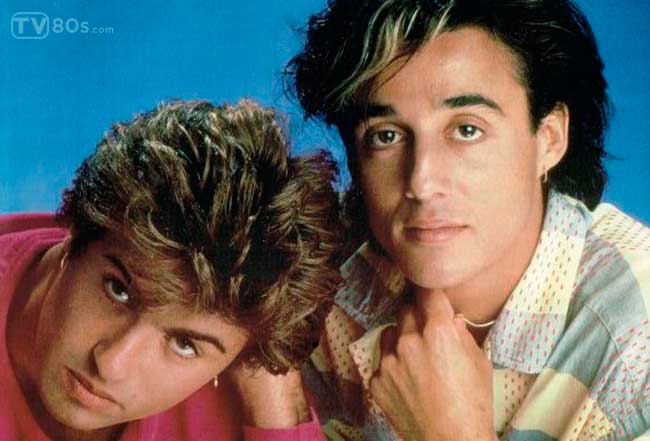 These changes helped to propel Wham!’s next single to the top of the charts around the world, “Wake Me Up Before You Go-Go”, a song that George Michael wrote after being inspired by a note left by Ridgeley to his parents. The note was mistakenly written by Ridgeley as “don’t forget to wake me up up before you go go”. Since he had accidentally written the word “up” twice, Ridgeley decided to compound the error and write “go” twice, as well. It became their first UK #1 single and rose to that position in the USA as well, accompanied by a memorable video of the duo, plus the ubiquitous Pepsi and Shirlie, wearing Katharine Hamnett T-shirts with the slogans “CHOOSE LIFE” and “GO GO”. The next single “Careless Whisper” was issued as a George Michael solo piece, yet unlike any Wham! single since “Wham Rap!”, it was credited as co-written by Ridgeley. The song, about a remorseful two-timer, had more emotional depth than previous releases. It quickly reached #1, selling over 1.3 million copies in the UK. “Careless Whisper” marked a new phase in George Michael’s career, as he somewhat distanced himself from Wham!’s playboy image. In the U.S.—so as not to confuse American listeners just being exposed to Wham!—the single was billed as “Wham! featuring George Michael”.

In the autumn of 1984, Wham! returned as a duo with “Freedom“, another UK chart-topper and the first single for quite some time to reach #1 in the UK without an accompanying video. Wham! subsequently decided to use a video edited together from footage of their historic China tour in time for “Freedom’s” U.S. single release. The group by then had achieved three number-one singles in a row. In November, they released their second album, Make It Big, which quickly climbed to #1 on the album charts, and the band set off on an arena tour at the end of 1984. 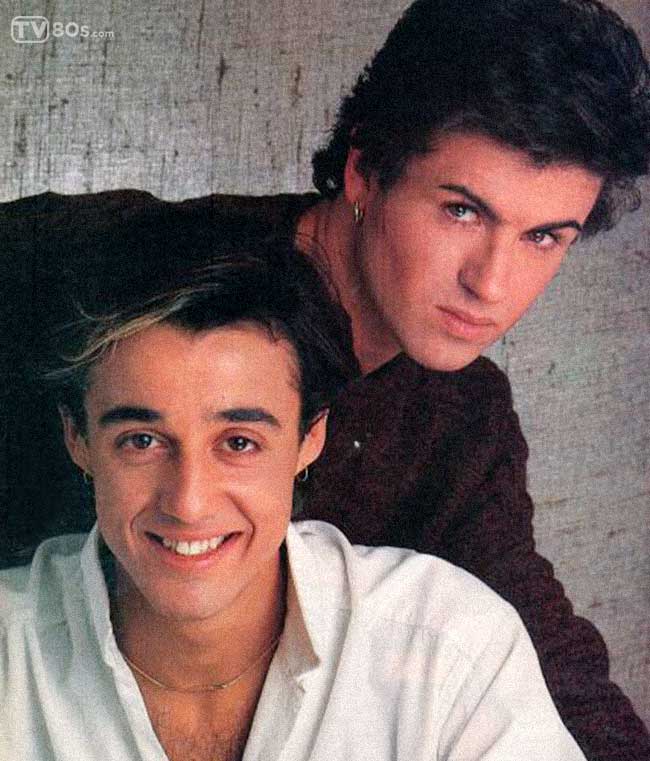 The double A-side single “Last Christmas/Everything She Wants” became the highest-selling single ever to peak at #2 in the UK charts. It stayed at #2 for five weeks and, to date, is the 24th best-selling single of all time in the United Kingdom, selling over 1.4 million copies in the UK. Wham! donated all their royalties from the single to the Ethiopian famine appeal to coincide with the fund-raising intentions of Band Aid’s “Do They Know It’s Christmas?“, the song which kept them out of the top spot. Nevertheless, Band Aid’s success meant that Michael had achieved #1 status in the UK within three separate entities in 1984—as a solo artist, as one half of a duo, and as part of a charity ensemble.

Several months after their UK releases, their three U.S. number-one singles in a row (and their only U.S number ones) were “Wake Me Up Before You Go-Go”, “Careless Whisper”, and “Everything She Wants”. “Freedom” hit number three. At the end of 1985, the U.S. Billboard charts listed “Wake Me Up Before You Go-Go” as the number-three song and “Careless Whisper” as the number-one song of the year.

80s Singles Discography
Young Guns (Go for It!)
Wham Rap! (Enjoy What You Do)
Bad Boys
Club Tropicana
Club Fantastic Megamix
Wake Me Up Before You Go-Go
Careless Whisper
Freedom
Everything She Wants
Last Christmas
I’m Your Man
The Edge of Heaven
Where Did Your Heart Go?