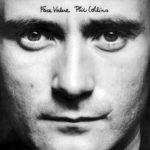 Phil Collins’ debut solo album was released in February 1981. It produced four singles including multi-platinum single “In The Air Tonight”” that hit number 1 spot in many European countries and #2 on the Official UK Singles Chart. “Face Value” album was reissued in January 2016 with 12 demos and live versions as bonus tracks.