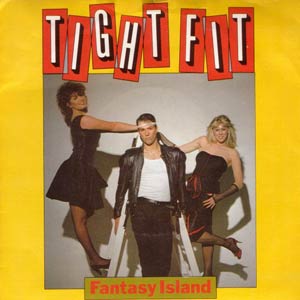 Tight Fit – Fantasy Island – Official Music Video
The song was written by Martin Duiser and Piet Souer. “Fantasy Island” was released as the second single from the group’s second, self-titled album. The single was released in April 1982 with “Saturday Heartbreak” on the B-side. The single peaked at #3 in Ireland and #5 in the Official UK Singles Chart.