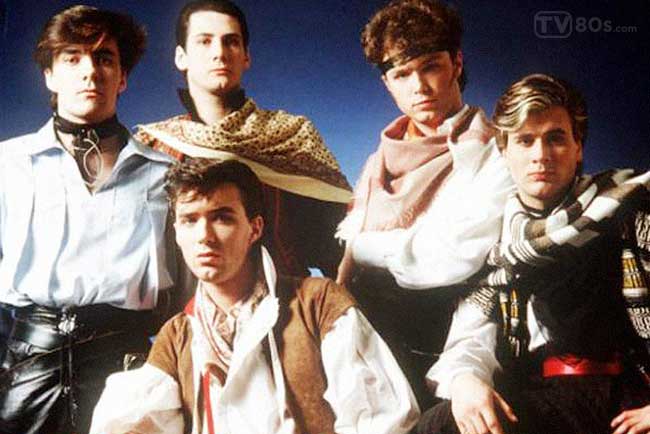 Spandau Ballet 80s are a British band formed in London in the late 1970s. They became one of the most successful groups during the New Romantic era. Their debut single “To Cut a Long Story Short“, which reached number five in the UK in 1980, was the first of ten occasions in the 80s music that the band reached the top ten of the UK Singles Chart. They had a UK number one single in 1983 with the song “True“. They also had four albums which reached the top ten of the UK albums chart between 1980 and 1990. The band split acrimoniously in 1990, but reunited in 2009.

The band was involved in a major bidding war, but eventually signed to Chrysalis Records and released “To Cut a Long Story Short” just ten days after the band emerged from the studio to meet the huge demand created by the buzz they had established, “To Cut a Long Story Short” was an instant British top 5 hit in 1980. This was followed by hits with “The Freeze”, “Musclebound” and the well-received and Gold-certified album Journeys to Glory in 1981. The sound of Journeys to Glory was typified by chanted vocals, a splashy snare drum sound, strongly rhythmic guitar parts and a lack of guitar solos; the hallmarks of what would become known as the New Romantic sound and the sound of the early eighties. 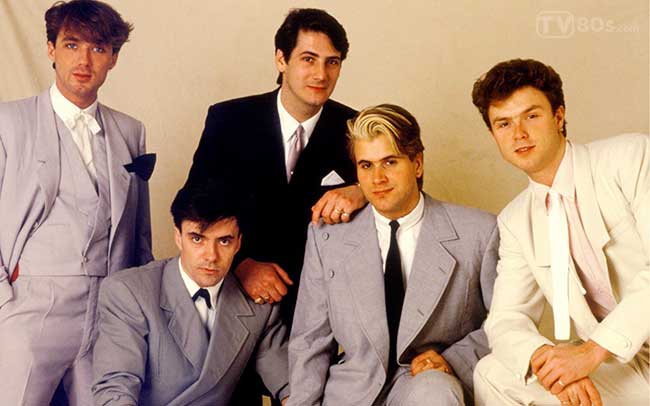 The follow-up album, also produced by Burgess, was released in 1982. This album was certified Gold by the BPI and featured the funk-flavoured single “Chant No. 1“. The band had Burgess remix every single from both albums for inclusion on each single’s B-side and for twelve-inch club releases. These mixes were later released as a boxed set. However, times were changing.

The second single from Diamond was “Paint Me Down”, which broke their run of top 20 hits by stalling at No. 30, and the third single, “She Loved Like Diamond”, failed to make the UK Top 40 at all.Trevor Horn remixed the track “Instinction“, which was released as the fourth single from the album. The explosive, bombastic remix, which was backed with a special dance remix of Chant No. 1 on the 12″ single version was very well received, and returned the band to the UK top ten after the poor chart performance of their previous two singles. Both the 7″ and 12” single featured the well crafted ballad “Gently” on the B-side, which has never appeared on any album or compilation released by the band. The group had their initial success in the US, when “Chant No 1” peaked at number seventeen on the dance charts in 1981.

With a slicker, more pop sound, the band released their third album True, produced by Tony Swain and Steve Jolley, in March 1983. It was at this point that Steve Norman began playing saxophone for the band. The album topped the charts all around the world, and launched several international hit singles, such as “Gold” and the title track which reached number 1 in several countries.The follow-up album, Parade, was released in June 1984 and its singles were again big successes in the charts in Europe, Oceania and Canada. The album’s opening song, “Only When You Leave“, also became the band’s last American hit. 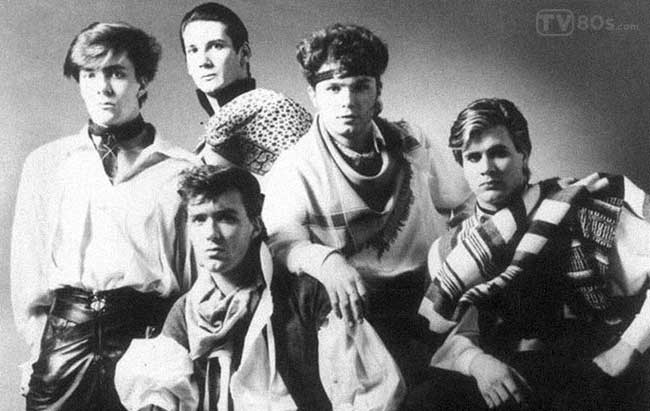 At the end of 1984, the band performed on the Band Aid charity single and in 1985 they performed at Wembley Stadium as part of Live Aid. During this same year, Spandau Ballet achieved platinum status with the compilation, The Singles Collection, which kept the focus on the band between two studio albums and celebrated their five years of success. In 1986, Spandau Ballet signed to WEA/Universal and CBS Records and released Through the Barricades, which saw the band trying to move away from the pop and soul influences of True and Parade and more towards rock. The album, the title track and the single “Fight For Ourselves” were big hits in Europe and Australia, but not in the United States.

To Cut a Long Story Short
The Freeze
Musclebound / Glow
Chant No. 1 (I Don’t Need This Pressure On)
Paint Me Down
She Loved Like Diamond
Instinction
Lifeline
Communication
True
Gold
Pleasure
Only When You Leave
I’ll Fly for You
Highly Strung
Round and Round
Fight for Ourselves
Through the Barricades
How Many Lies
Raw
Be Free with Your Love
Empty Spaces 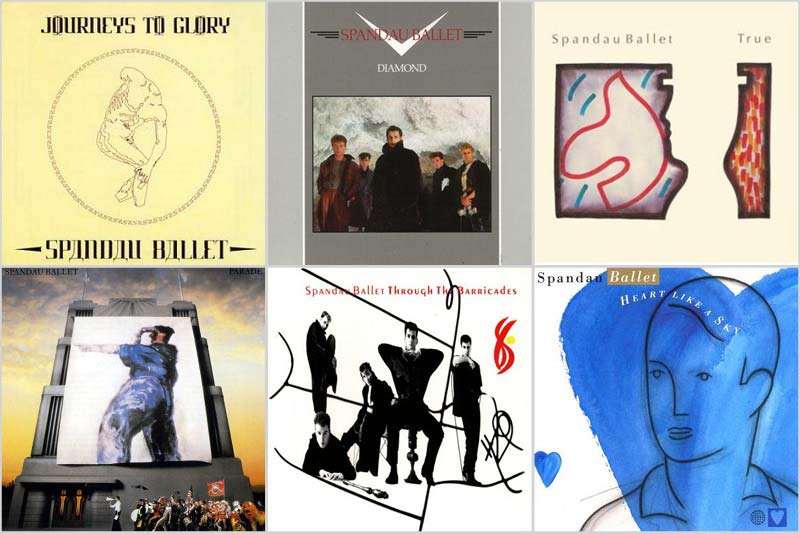