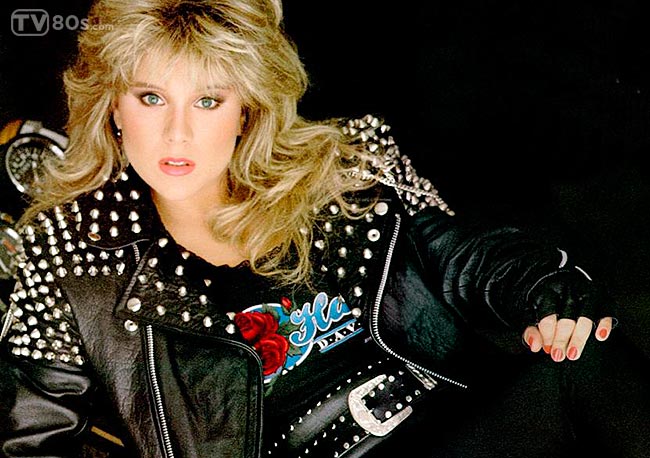 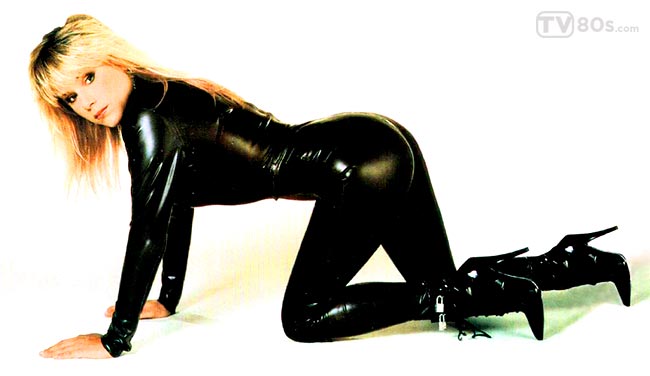 Samantha Fox is a British dance-pop singer, actress, and former model (photo gallery). In 1983 she began appearing on Page 3 of The Sun, and continued as a Page 3 girl for four years. She became the most popular pin-up girl of her era, as well as one of the most photographed British women of the eighties. In 1986, she launched her music career with her debut single “Touch Me (I Want Your Body)“, that hit Number 1 in seventeen countries, including Canada, South Africa, and Australia. She has sold more than 30 million albums worldwide. Samantha has also appeared in a number of movies and reality TV shows.

Sam Fox released her debut single, “Touch Me (I Want Your Body)“, in March 1986. It reached the Top 10 on both sides of the Atlantic (number three in the UK; #4 in the US) and topped the charts in seventeen countries. Her debut live performance came at Peter Stringfellow’s club Hippodrome. Her second single “Do Ya Do Ya (Wanna Please Me)” also made #10 in the UK. 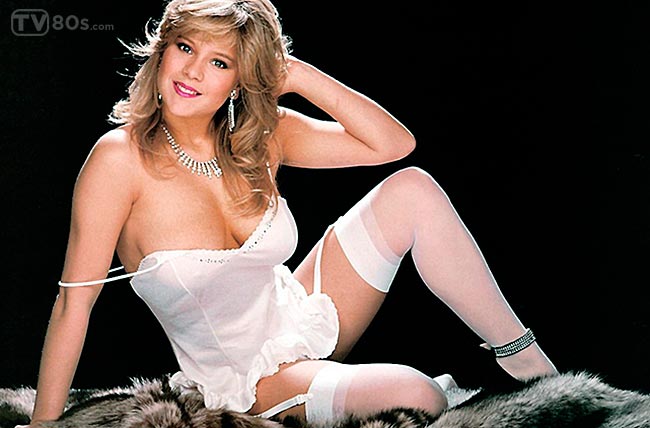 In 1987  she had released her second album, Samantha Fox, (Jive Records). The first single released from the album, “Nothing’s Gonna Stop Me Now“, became her third (and final) top ten hit in the UK (#8), although it only managed to peak at #80 on the US Billboard charts. The track was produced by the production team Stock/Aitken/Waterman. The second single, “I Surrender (To the Spirit of the Night)“, failed to match the success of its predecessor in the UK and peaked at #23 in the UK. The next two releases, “I Promise You (Get Ready)” and “True Devotion“, both failed altogether to make the UK Top 40 singles chart.

The fifth and final single, “Naughty Girls (Need Love Too)“, turned the fortunes of the album around and managed to secure a top ten placing on the US Billboard charts (#3), becoming her biggest hit to date in the US and scoring Fox another Top 40 hit on the UK singles chart (#31). The track was a different sound for Fox, being produced by the US hip-hop producers Full Force. 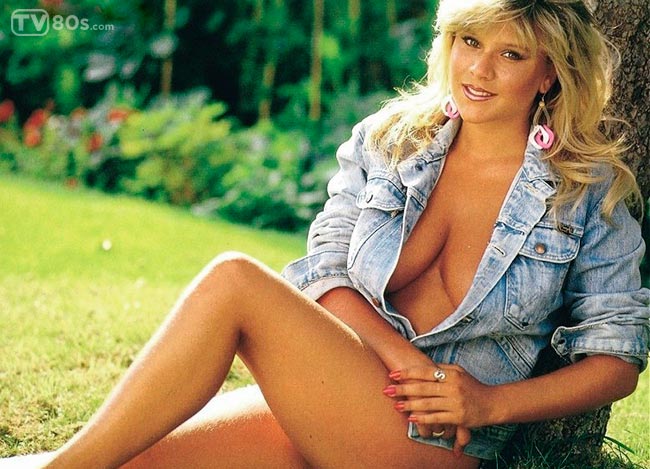 The following year, Fox released her third album, I Wanna Have Some Fun (1988), also on Jive Records. The album was produced by various producers covering the Euro-pop sound. Two tracks, “Next to Me” and the title track, reunited her for Full Force, where another reunion with Stock/Aitken/Waterman saw her record a cover of Dusty Springfield’s “I Only Want to Be with You“, and the SAW original “You Started Something”. The first UK single released from the album was “Love House“. The second single released in the UK, “I Only Wanna Be with You”, managed to secure her biggest hit in over a year, peaking in the Top 20 at #16. The first single release in the US fared even better. The title selection, “I Wanna Have Some Fun“, produced by Full Force, managed to peak in the US Top Ten at #8 (although when released as the third single in the UK it only managed a #63 placing). The American release, as the follow-up, of “I Only Wanna Be with You” peaked inside the US Billboard Top 40 at #31.

In 1991, Fox released her fourth album, Just One Night, on Jive Records. The first single, “(Hurt Me! Hurt Me!) But the Pants Stay On”, was another Full Force production, but it failed to make an impression on either the UK or the US charts. The second single, “Another Woman”, originally produced by Ralf-Rene Maue, was remixed by PWL stablemate Phil Harding and performed moderately on some European charts. A third single, the album’s title track, was also released.

In 1992, Jive released Samantha’s first official compilation, Greatest Hits, which featured three new tracks. Fox co-wrote and performed the track “Go for the Heart” for UK submission in the 1995 Eurovision Song Contest as Sox, featuring Cris Bonacci and Lorraine McIntosh. The song placed 4th in preliminary public voting, so it wasn’t selected as the representative track.

80s Singles Discography:
Touch Me (I Want Your Body)
Do Ya Do Ya (Wanna Please Me)
Hold On Tigh
I’m All You Need
Nothing’s Gonna Stop Me Now
I Surrender (To the Spirit of the Night)
I Promise You (Get Ready)
True Devotion
Naughty Girls (Need Love Too)
Love House
I Wanna Have Some Fun
I Only Wanna Be with You