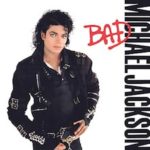 The seventh Michael Jackson’s studio album was released on  August 31, 1987. Nine of the album’s eleven tracks were written by Jackson. The album produced nine singles, five of them reached number 1 on the Billboard Hot 100 charts. The only songs on the album which were not released as a single were “Speed Demon” and “Just Good Friends” (duet with Stevie Wonder).