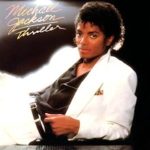 AC/DC – Back in Black – Track listing

3 The Girl Is Mine

9 The Lady in My Life