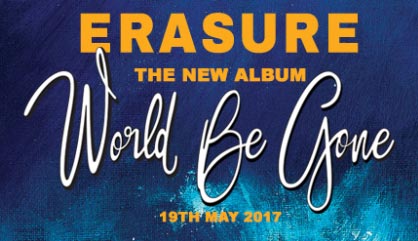 ‘World Be Gone’ features ten new tracks written, performed and produced by Erasure and was mixed by Matty Green.

– Love You To The Sky 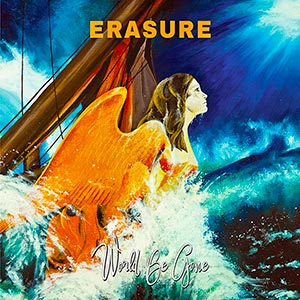 – Be Careful What You Wish For!
– World Be Gone
– A Bitter Parting
– Still It’s Not Over
– Take Me Out Of Myself
– Sweet Summer Loving
– Oh What A World
– Lousy Sum Of Nothing
– Just A Little Love

Erasure will mark the release with three headline shows in May 2017: