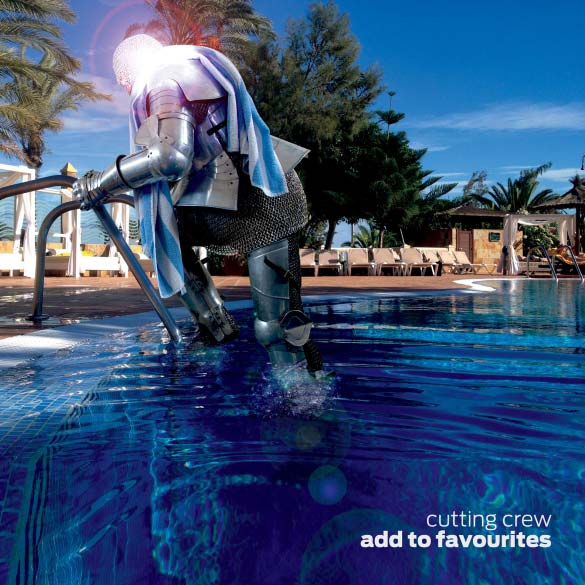 November 6, 2015: Cutting Crew has announced details of their first new material for ten years. The multi-million selling, Grammy nominated UK outfit fronted by Nick Van Eede were responsible for one of the biggest hits of the 1980s – with (I Just) Died In Your Arms – and the band’s revelatory new album entitled Add To Favourites is their strongest to date and is out now on In Like Flynn Records, via Cherry Red Records.

A single from the album – the Jackson Browne/George Harrison-tinged Till The Money Run$ Out – was released on September 4th. With some glorious Californian harmonies Van Eede sings “Now you said that you like to play the field/And I should get over it/But when all of your games got to be revealed/I was the last to hear of it,”

It’s hardly surprising that (I Just) Died In Your Arms is seen as songwriter Nick Van Eede’s greatest achievement and yet this Pyrrhic victory surely masks Van Eede’s subsequent song-writing collaborations with artists including Mika, Pixie Lott, Marillion and Cher.

The album also tackles weighty subjects such as relatives and friends gone too soon (Van Eede lost both his younger brother and his long-time Cutting Crew bedfellow Kevin MacMichael some time ago) on Looking For A Friend and the Berlin Wall on Berlin In Winter which Van Eede performed live in Berlin at the 25 th Anniversary of The Wall’s demise last November.

Van Eede has revealed that he wrote “80% of the album under water” and the album’s startling artwork featuring our protagonist emerging as a knight from a swimming pool is inspired by the fact that Van Eede is a supremely gifted swimmer and that several of his friends have suggested he would be able to swim a mile whilst wearing full body armour. A full UK tour – due to take place above ground – is set to be announced in the next few weeks.