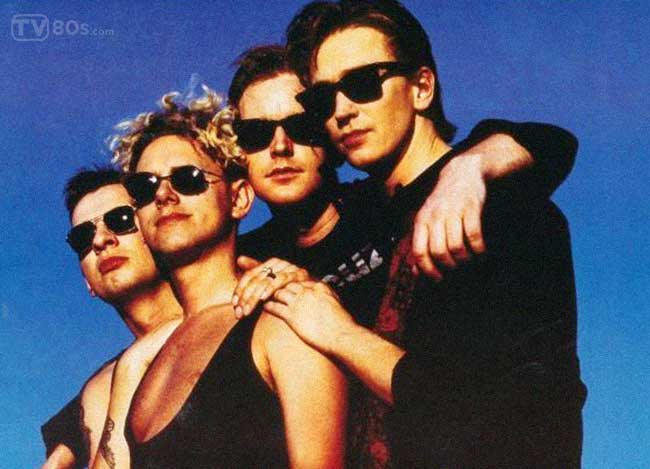 Depeche Mode are english electronic band formed in 1980 in Basildon, Essex. Depeche Mode’s original line-up consisted of Dave Gahan, Martin Gore, Andy Fletcher and Vince Clarke. They released their debut album Speak & Spell in 1981. Keyboardist Vince Clarke left the band after the release of the album, leaving the band as a trio to record 1982 album “A Broken Frame”. Clarke then teamed up with Alison Moyet  to form the synthpop band Yazoo, in 1983 he joined Eric Radcliffe to create “Assembly” project. In 1985 he teamed with Andy Bell to form successful duo Erasure.

Alan Wilder (keyboards, drums, occasional songwriter) officially joined the band in late-1982, replacing Clarke, while Gore took over lead songwriting duties, establishing a line up that would continue for the next thirteen years. Their 80s albums: Black Celebration and Music for the Masses established them as a dominant force on the mainstream electronic music scene. A highlight of this era was their concert at the Pasadena Rose Bowl where they drew a crowd in excess of 60,000 people.

In the new decade, Depeche Mode released Violator, catapulting them to massive mainstream success. The subsequent album, Songs of Faith and Devotion and the supporting Devotional Tour exacerbated tensions within the band to the point where Alan Wilder (Recoil) quit in 1995, leading to intense media and fan speculation that the band would split. Now a trio once again, the band released Ultra in 1997, recorded at the height of Gahan’s near-fatal drug abuse, Gore’s alcoholism and Fletcher’s depression. The release of Exciter confirmed Depeche Mode’s willingness to remain together, the subsequent, and very successful, Exciter Tour being their first tour in support of an original album in eight years since Devotional Tour although the band had toured in 1998 to support The Singles 86–98 compilation album. Depeche Mode have had 54 songs in the UK Singles Chart and 17 top 10 albums in the UK charts, two of which debuted at No. 1. According to EMI, Depeche Mode have sold over 100 million albums and singles worldwide, making them the most commercially successful electronic band in music history. Q magazine calls Depeche Mode “The most popular electronic band the world has ever known” and included the band in the list of the “50 Bands That Changed the World!”.

Depeche Mode drew its artistic influences from a wide range of artists and scenes, such as Kraftwerk, David Bowie, The Clash, blues music, the American grunge scene and Velvet Underground. The genres Depeche Mode are typically associated with include synthpop, alternative dance, new wave,and alternative rock.The band also experimented with various genres throughout its career, including avant-garde, electronica, pop, soul, techno and industrial rock. Depeche Mode were recognised in their early years as a synthpop band and were considered teen idols. Following the departure of Vince Clarke, their music began to take on a darker and a gothic tone as Martin Gore assumed lead songwriting duties. Gore’s lyrical artistry has been recognised as encapsulating themes such as sex, religion, and politics, so much so that many labeled the band’s lyrical and musical themes as dark and bleak. In response, Gore stated he feels lyrical themes which tackle issues related to solitude and loneliness present more of a realistic character and are a better representation of reality, whereas he finds ‘happy songs’ fake and unrealistic. Gore also added; “I’ve never seen our music as being over-dark. I think that there is always an element of hope in our music.”

80s Singles Discography:
Dreaming of Me
New Life
Just Can’t Get Enough
See You
The Meaning of Love
Leave in Silence
Get the Balance Right!
Everything Counts
Love, in Itself
People Are People
Master and Servant
Blasphemous Rumours / Somebody
Shake the Disease
It’s Called a Heart
Stripped / But Not Tonight
A Question of Lust
A Question of Time
Strangelove
Never Let Me Down Again
Behind the Wheel
Little 15
Route 66
Everything Counts (Live)
Personal Jesus
Band members
Andy Fletcher
Dave Gahan
Martin Gore
Former members
Vince Clarke
Alan Wilder 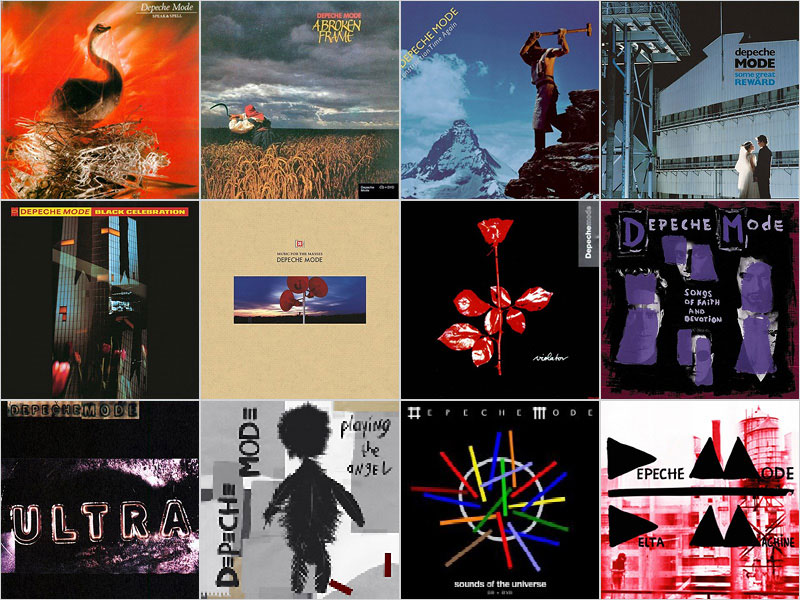